​Everton are resigned to lose Idrissa Gueye in the summer as Manchester United and Paris Saint-Germain line up a deal for the Senegalese midfielder.

The 29-year-old came close to leaving Merseyside for Ligue 1 in the January window but had the move blocked by Marco Silva's side. However, the club know they can no longer stand in the player's way as he looks to leave Goodison Park. With three years remaining on his contract, the Toffees are looking to collect around £40m for the player, according to the Daily Mail. Long-term admirers PSG have not given up on the former Aston Villa man, but now face reported competition from ​United, who have supposedly stepped up their interest as they look to replace the outgoing Ander Herrera and add some defensive steel to the centre of the park.

Alongside ​N'Golo Kante in the World Cup last year, ​Paul Pogba shone for his country and the Red Devils are hoping another midfield enforcer by the Frenchman's side could recapture the form he produced in Russia.

However, the Mail's report claims PSG have the upper hand in any potential deal as the French speaking Gueye is more attracted by the prospect turning out for a club where he can speak his native language. 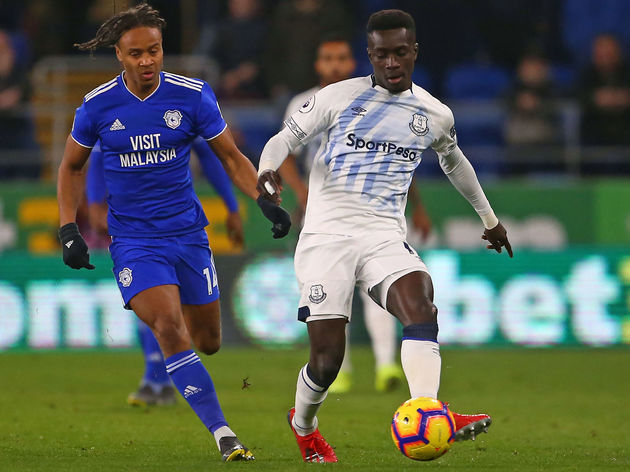 That said, with soon-to-be free agent ​Herrera also of interest to PSG, the French champions may drop their interest in another defence-mind midfielder like Gueye, potentially leaving United with a clear path to a transfer.

Gueye regularly tops the ​Premier League charts for tackles and interceptions made, and has been impressive once again this term, with ​​Everton currently on a fine run of form that has seen them keep eight clean sheets in their last ten matches.

If thew Mail's £40m valuation is to be believed, the signing of Gueye would be a pricey one for United, given the player's age and relative European experience. Recent reports have also suggested that the Red Devils will favour younger signings this summer, with ​Daniel James from Swansea expected to complete a £15m switch.