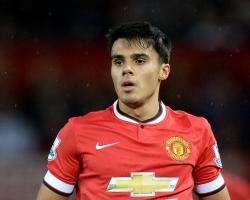 The 21-year-old has moved to the DW Stadium for an undisclosed fee, signing a three-year contract after making just one senior appearance for United, in the 4-0 Capital One Cup loss to MK Dons last August.

Having spent time on loan with Carlisle, Rotherham and Huddersfield, James has elected to leave Old Trafford and establish his career elsewhere in the north-west.

"He has been schooled by one of the best academies around and has impressed both at under-21 level and whilst on loan.

"He is another who will strengthen competition on that left side, and has played as a full-back, or in a wing-back role

Once again, there were clubs after him so we're delighted to add him to the squad."