Jones and Evans missing from training 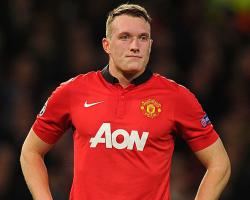 Jones and Evans have missed United's last three games with their respective hip and calf injuries.

Winger Nani, who has been out for two and a half months with a hamstring injury, also sat out training at the AON Training Complex in Carrington.

Striker Danny Welbeck, out for over three weeks with a knee problem, took part in training though, as did full-back Rafael, who has been missing since he suffered concussion against Arsenal 12 days ago.

Club-record signing Juan Mata did not train as he is cup-tied.

United are favourites to come away from Tuesday's last-16 first leg in Athens with a win.

Olympiacos are unbeaten at the top of the Greek Super League, but they are down to just two fit strikers following a thigh injury to top scorer Javier Saviola.