​It's one of the worst kept secrets in football that Manchester United's midfield has been notoriously weak over the last few seasons.

Neither David Moyes, Louis van Gaal or Jose Mourinho were able to establish a fully-functioning engine room that took the Red Devils back to the top of English football.

However, with Ole Gunnar Solskjaer now in charge and the board seemingly keen to embark upon a long-term, youthful rebuild, Manchester United have been in pursuit of Birmingham midfielder Jude Bellingham. 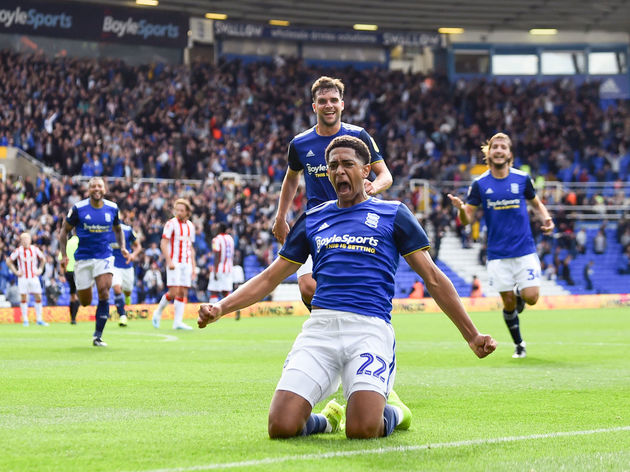 ​90min learned last month that United feel they have done enough to secure his services, fending off competition from Borussia Dortmund, Liverpool and Manchester City. The signing of the 17-year-old would create an immense buzz among fans after the teenager has stole the show, like a 1990s Shawn Michaels, in the Championship with his assured midfield performances.

Credit where it's due, the teenager rightly deserves all the praise he receives, and his play style would suit Manchester United's needs at this current time. In the 4-2-3-1 formation Solskjaer often deploys, Bellingham could sit alongside ​Paul Pogba and behind Bruno Fernandes in a double pivot, with his box-to-box abilities allowing him to provide the balance that is much needed. Bellingham has stepped up to first-team football seamlessly in his first season, scoring four goals and assisting two in 25 league appearances. His other key strengths include his passing range, his tackling and recoveries and his physicality at such a young age.

All sounds good, but United have a player already perfectly suited to that mould - James Garner.

19-year-old Garner has made a name for himself in the youth set up at United, becoming known for his impressive passing ability, and has even been likened to Michael Carrick. Not a bad comparison, by any means. This season, Garner has stepped up once more and improved his attacking qualities, scoring eight goals in 10 games from midfield in the Premier League 2. He is seen as a leader, captaining at various levels of the academy, and has earned praise from the likes of Carrick, Darren Fletcher and, most recently, his Brazilian teammate​ Fred.

Garner and Bellingham operate in similar roles. Both possess traits which allow them to work box-to-box, and stamp their authority in midield. Accurate passing moving forward, starting plays from deep, and being press resistant are all excellent qualities to hold at such a young age. The pair are blessed with impressive footballing brains.

However, what Garner has on Bellingham in attacking capabilities, Bellingham makes up for with first-team experience and physical attributes, that has seen him thrive in a physically challenging league. Garner's weak points currently include his physicality, and this won't improve by struggling for regular first-team minutes. 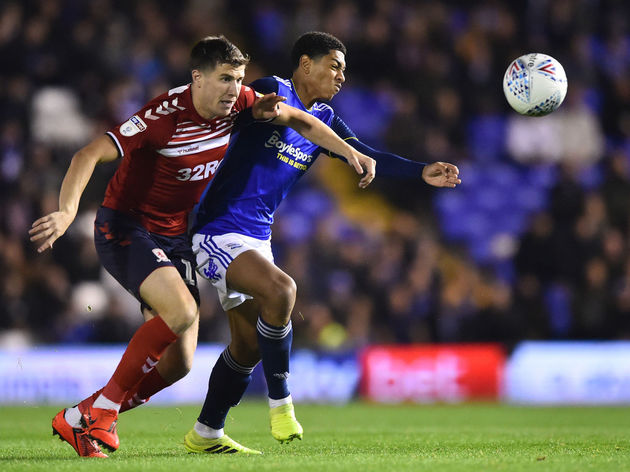 This could ultimately be what tempts United to pull the trigger on Bellingham, and if they did then one would struggle to argue he would be a poor purchase. Instead, just an unnecessary one.

The Red Devils haven't been afraid to splash the cash on 'Galactico' signings of their own in recent years, and while a few haven't exactly worked out, it might just be a necessary risk once more. With proper scouting, and a careful ear to explicitly understand who Solskjaer wants in his squad, ​Manchester United must flex their financial muscles and bring in another world-class midfielder who will sure them up for the instant future. While Nemanja Matic has seemingly turned a corner in recent months, the Serbian is pretty close to being over the hill at 32, and the form is simply nothing more than a purple patch. Manchester United must replace him with an energetic midfielder who is at their peak, and possesses the combative nature and technical ability that would allow them to thrive in the English game.

Marco Verratti of Paris Saint-Germain is the ideal candidate, and is at the perfect point of his career that would fill the gap for the Red Devils, but his lack of aerial ability may prove concerning. However, when playing alongside Paul Pogba or perhaps Scott McTominay, who has asserted himself as one of United's best options currently, he might just thrive. At 27, United would enjoy at least three years of exceptional playmaking and tough tackling from the Italian, who would also provide invaluable wisdom to Garner. Albeit at a hefty price.

To fantasy book this like it's a wrestling show - which it isn't - Garner would leave United on a loan to the Championship. There, his technical ability would see him become one of the best players in the league, while his physicality improves with more exposure to first-team football. He would return, playing understudy to Verratti, and would eventually edge him out of the team as the two transition past one another in the pecking order.