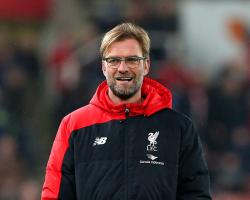 The German was approached by Ferguson as he moved towards the end of his 27-year reign at Old Trafford but Klopp felt the timing was wrong to walk away from Borussia Dortmund.

With Klopp unwilling to consider a move to England at the time, David Moyes was appointed as United manager.

Klopp left Dortmund at the end of last season and following a brief break from football, replaced Brendan Rodgers at Anfield in October.

It was a big honour, the whole talk, to be honest

But I could not leave Dortmund

You have this player and this player who are coming but then you are not there anymore? That doesn't work

Not in my life.

"I didn't hear about a real offer (from United) but, if there was, I could not have done it

"Maybe that is not smart but that is my way

It was the same at Mainz."

Klopp is a big fan of Ferguson and believes it is one of the "best" things you can do as a manager to sit down and listen to the Scot.

"It's a big honour to talk to Sir Alex,' he said

'For a manager it's nearly the best thing you can do, to sit there and listen

"Maybe he is the greatest ever - the John Lennon of football

From my side there is a big amount of respect

What he did is not easy for another manager to do."