Kagawa irritated by own United form 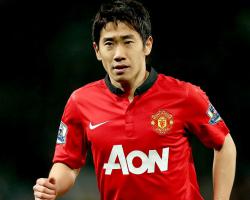 United had high hopes for Kagawa when they signed him from Borussia Dortmund two years ago, but the Japanese has struggled to hold down a place in the starting XI.

Kagawa showed glimpses of his potential last term - like when he scored a stunning hat-trick against Norwich - but he is yet to find the net this season.

The 24-year-old has completed just two Barclays Premier League games and he concedes he must improve.

"This is the first time in my career that I haven't been able to produce so it's disappointing."

Juan Mata's arrival at Old Trafford is likely to decrease Kagawa's chances of first-team football, and Kagawa's confidence appears to be very low.

I know I have to overcome that," he added.

"Actually, if I can't it really shows that I haven't grown as a player

So because of that I have to really focus on the second half of the season and overcome that mental block."

Dortmund were reported to be considering a bid for Kagawa last month, but the midfielder remained at Old Trafford.

One man who could leave the Red Devils this summer is Nemanja Vidic.

The United captain is understood to have been approached by several clubs who are interested in signing him when his contract expires in the summer.