​Leicester City are interested in signing Manchester United left back Luke Shaw as they look at the possibility of signing a replacement for Ben Chilwell, who has gathered interest from an array of Premier League rivals.

Shaw, who signed for the Red Devils from Southampton in 2014 for a fee in the region of £27m, has failed to lock down a regular place in Ole Gunnar Solskjær's starting XI, with youngster Brandon Williams enjoying a breakthrough season at the club.

The Mirror - as relayed by ​HITC - report that ​Leicester have made an enquiry for 24-year-old Shaw amid interest from Chelsea, Tottenham and Manchester City for their current left back Chilwell. ​Chelsea and ​Manchester City are said to be ready to pay the £60m asking price for Chilwell as they look to bolster their defensive lines.

Signing Shaw would enable Leicester to cash in on the England international but they would of course be losing a player of very high quality and possibly downgrading in the left back position.

​90min reported City's interest in Chilwell back in November, while Chelsea were also ready to compete with any offer Leicester would receive for the 23-year-old.

Shaw has made just 83 appearances for United in five seasons, although three different managers have been in the dugout at Old Trafford during this period. 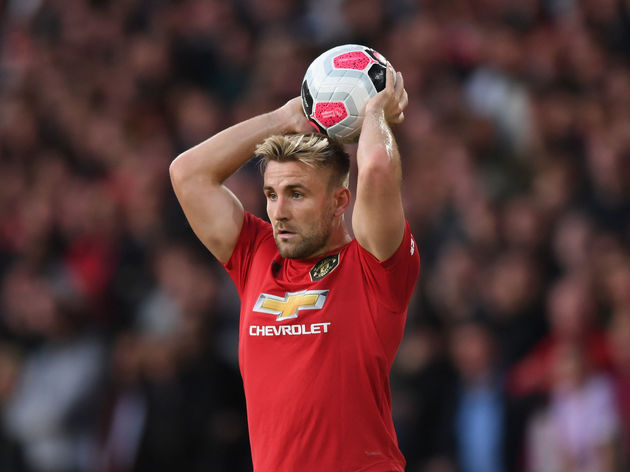 He was signed by United as a long-term replacement for Patrice Evra and if it wasn't for a leg break in 2015 he would have likely pushed on to become just that. He has instead become merely a rotation option in the first team when available - mainly due to a wide array of injury issues - and a move away could help kick-start his career.

Leicester's tactical system would benefit ​Shaw as he would be given the opportunity to break free on the attack. Foxes boss Brendan Rodgers is renowned for his man management and would likely be the perfect man to get the ex-Southampton man back to his very best.