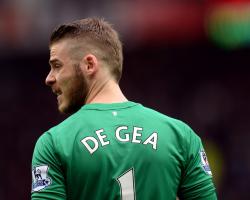 According to The Sun, the Spanish giants are also targeting EDEN HAZARD, DAVID DE GEA and SERGIO AGUERO as they plan a ÃÂ£250million spending spree in the January transfer window

And finally, the Daily Mail writes that both Liverpool and Tottenham are keeping tabs on Lewes' 20-year-old winger YASIN BEN EL-MHANNI, who is on trial at Crystal Palace from the Ryman Premier League side