United's next jersey had been heavily leaked already, but this appeared to be the firmest proof yet that the existing images are indeed authentic when fans found the shirt for sale online.

#mufc haven't revealed the new 2019/2020 home kit as yet. But its currently on sale on sports directhttps://t.co/7Wt6rdBDTR pic.twitter.com/awBMAWnpUa

Sports Direct has since removed the items in question.

The 2019 release of the newest United shirt, still supplied by adidas, will mark 20 years since the historic treble was completed in May 1999. As such, the design gives a nod to the club's European shirt worn for the Champions League portion of that remarkable feat.

The badge will be inside a larger a crest, while each sleeve will feature '90+1' and '90+3', the minutes in which Teddy Sheringham and Ole Gunnar Solskjaer scored the iconic stoppage time goals against Bayern Munich in the Champions League final at Camp Nou.

Shirt pays tribute to that 1999 win in Barcelona. pic.twitter.com/Mb6015GwII

'Treble Winners', along with the date of the famous final, is also stamped in the bottom corner.

Next season will also see United return to white home shorts after the unusual step of making black shorts the primary option this season, a change that left fans divided.

Whether Paul Pogba will still be around come next season to wear the kit remains to be seen. The French midfielder is being increasingly linked with a summer move to Real Madrid, although it has been rumoured he would have to accept a pay cut to make it happen. 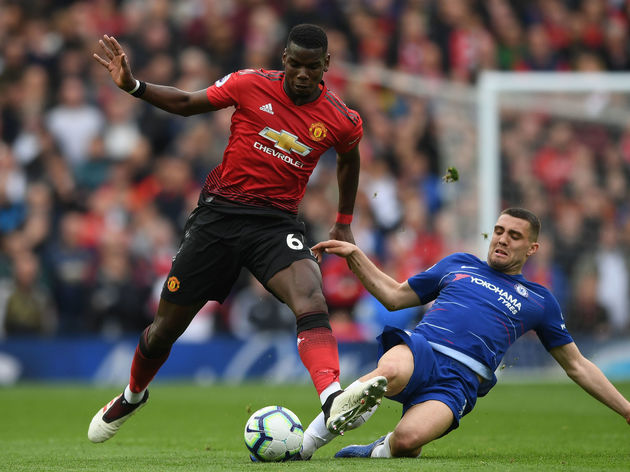 United fans will also hope that plenty of new faces will be wearing the new kit. The club continues to be heavily linked with players across Europe, with a general consensus that the squad is in major need of serious investment and strengthening in multiple positions.