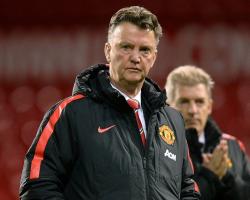 After a successful campaign in Louis Van Gaal’s first year in charge, he is clearly looking to kick on now in his first full pre-season in control having quite significantly altered the team’s tour plan. Showing clear disdain with the hectic schedule and exhaustive travel of last years’ preparations, the team will be based in just two locations whilst in America as per Louis’ instruction - Seattle and San Francisco Bay. Allowing the team more training and recovery time along with the cooler West Coast temperature being key to conditioning. The tour will kick off on Friday 17th July against Club America.

We delight in welcoming Memphis Depay to the club, United’s first piece of business in the summer transfer window and a fantastic piece of business at that. Arguably a large transfer fee for a player from the dutch league with the fee rumoured to be around the £25 million mark, but still a coup if his potential is to be fulfilled. At 21, the Eredivisie top scorer has fantastic technical ability and physicality that can make him an instant hit in the Premier League. The 2014 World Cup’s ‘Young Player of the Tournament’ runner up will provide the team with some much needed additional flair, one of the key areas we needed to strengthen. At times over the course of the season you could see Van Gaal’s strategy of possession and control working tremendously but without the team creating and taking enough chances. Memphis certainly has all the talent required to provide these moments of brilliance and we may just be talking about them very soon.

As always, the transfer rumour mill is throwing out many other potential big name signings. Regardless of the truth in these, there is certainly an air of  confidence and anticipation that Van Gaal will succeed in securing the signatures he needs to build the squad and further improve the clubs performances in the approaching season.

These are exciting times to be a red once again; a summer of potential signings, a master tactician at the helm implementing his philosophy, a hungry team constantly improving and moving in the right direction up the table and qualifier-permitting, to be playing among Europe’s elite once again in the Champions League, back where we belong.