The Red Devils are on fire under caretaker boss Ole Gunnar Solskjaer, having risen from sixth to fourth, also progressing to the FA Cup quarter final with a 2-0 win over Chelsea on Monday. Since Jose Mourinho's departure, United are the top team for points, wins and fewest goals conceded.

Meanwhile, the visitors will kick off in second place - level on points with leaders Manchester City - but the Reds can steal a march on their title rivals as City are not in league action this weekend due to the Carabao Cup final. 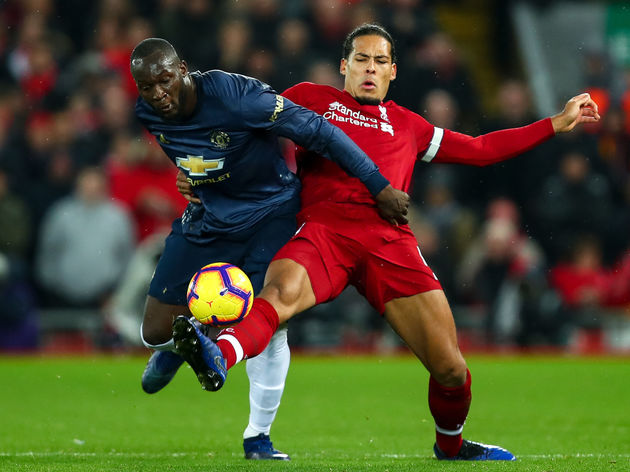 Check out 90min's preview of ​Sunday's clash below.

Lingard and Martial have been spotted arriving at Carrington this morning according to the Manchester Evening News... #mufc pic.twitter.com/0psXWmx0Cu

Liverpool centre back Dejan Lovren missed the 0-0 draw with Bayern Munich in midweek and Klopp has ruled him out of Sunday's match.

Defender Joe Gomez remains on the sidelines but Virgil van Dijk is available again having served his one-match European suspension on Tuesday.

The Reds' 3-1 win at Anfield in December was their first victory over United since March 2016, with four draws from the previous six meetings.

United haven't lost a home match to Liverpool in almost five years - not since a 3-0 defeat in 2014 with goals from Steven Gerrard and Luis Suarez. Paul Pogba and Rashford are in formidable individual form with 14 goals between them in nine league matches. However, the 2-0 defeat to PSG showed that they are not invincible and they will need to be at their very best to earn the three points on Sunday.

Pogba smashes the header in from a delicious Rashford cross.

Klopp and Liverpool's bubble has been deflated in recent weeks, picking up just three wins from their eight matches in 2019 so far and throwing away a seven-point lead at the top of the table.

Sadio Mane is the Reds' form player with a goal in each of his last four league games, and a Mohamed Salah goal on Sunday would be his 50th for Liverpool - making him the fastest player to reach this landmark for a single Premier League club since Alan Shearer in 1994.

In this ferocious fixture, the form book can often be thrown out the window but United have gone from strength to strength under Solskjaer, which gives them the edge going into Sunday's clash. A win for Liverpool at Old Trafford would be their biggest statement of intent yet as they chase their first title in 29 years, but if United are on song it may be too big a task for the Reds.