Manchester United Could Lose Two Goalkeepers in the Summer

​Manchester United are preparing for the possibility that both Sergio Romero and Lee Grant may depart in the summer, and have begun to compile a list of replacements.

Both goalkeepers have seen little game time over the course of this season and it is unclear how many opportunities of first-team football will be there for them should they stay at Old Trafford. Though Romero has just over a year left on his contract, The Sun are reporting that he is desperate to get regular action, and he is already planning talks this month with the club to discuss his position. He currently earns around £60,000-a-week, with the club still possessing the option to extend his deal for another 12 months.

A source told The Sun: “Sergio Romero is happy at United but there is plenty of interest being shown in him. At one stage, he thought he might even have a shot at being No. 1, but that was before David [De Gea] renewed his contract late last year."

Villarreal and Real Sociedad are two clubs named by The Sun as showing an interest.

Meanwhile, Grant has only made two first-team appearances since arriving from ​Stoke City in July 2018 and is out of contract this summer. The report adds that the 37-year-old has not held any talks with United over extending his time at the club. 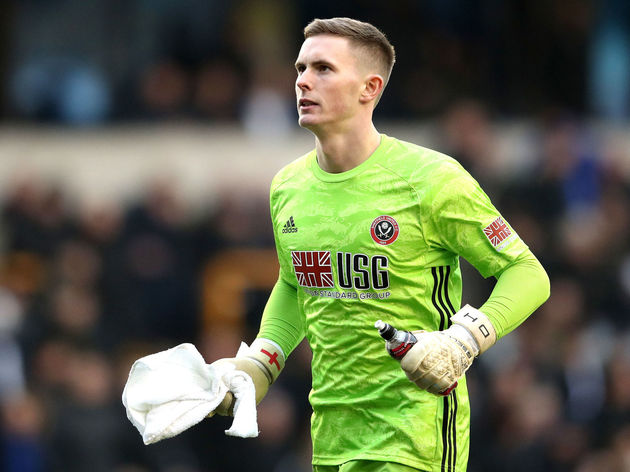 The Red Devils are said to be undecided on whether to keep Dean Henderson in the short term after his current loan spell at ​Sheffield United finishes. He's spent the last two years at Bramall Lane under the tutelage of Chris Wilder and has been a standout for the club in that time.

Talks are said to have already been held on whether the 22-year-old should stay at the Blades in order to continue his development.

With ​De Gea having recently signed a new deal and likely to remain first-choice, another loan spell at the Yorkshire club could be the best outcome for Henderson.

Fellow youngster Joel Pereira is currently on loan at Hearts and could return as cover again, though The Sun do not mention any of the names on United's list of alternative goalkeepers.