Manchester United nor Inter are said to be keen on keeping hold of forward Alexis Sanchez, who is currently on loan with the Serie A outfit, while there are also said to be no other clubs interested in his services.

The Chilean famously made the switch from Arsenal to Man Utd in January 2018, but Sanchez massively underwhelmed during his time at Old Trafford. In his 45 appearances for the Red Devils, he managed just five goals.

This poor return saw him shipped out on loan to Inter, with the hope he could rediscover his best form. However, during his time in Italy, he's managed just 15 appearances in all competitions, and has contributed just one goal. ​The Sun now report that neither Inter nor United want to keep hold of the 31-year-old. Ole Gunnar Solskjaer is said to have had enough of Sanchez's poor form, fitness issues as well as the negativity that has surrounded the player. Furthermore, the United boss doesn't want any of these distractions around his new and improved team.

However, the dilemma for ​United and Solskjaer is that there are no interested parties elsewhere at this moment in time, leaving the club in a problematic position. ​Sanchez still has two years to run on his current Old Trafford deal, with numerous reports claiming the deal to be worth between £400,000 and £500,000 per week.

The Sun state that due to the situation, Sanchez may have to compromise by 'paying up' a portion of what he has left on his current contract in order for him to depart. However, the paper believe the former Arsenal man is on around £505,000 per week and, as a result, paying up the remainder of his deal will still prove very costly. Specifically, over £55m is still due to be payed to Sanchez over the remainder of his stay. 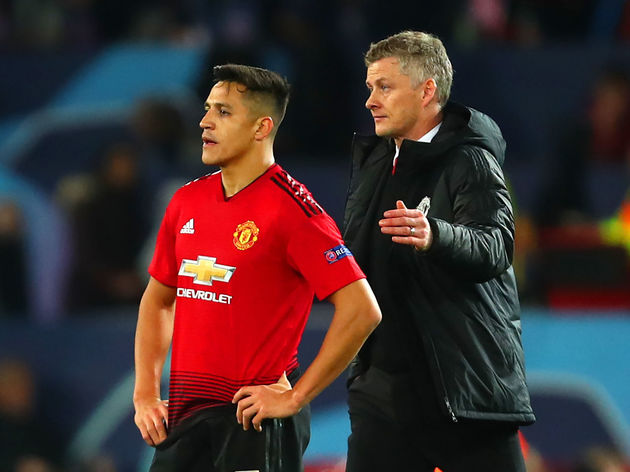 And although ​Inter convinced United to pay the vast majority of his simply staggering wages, his form has convinced them not to part ways with any cash for his services. With no other clubs interested, Sanchez could be forced to train away from the United first-team squad if he returns to his parent club.

Sanchez is clearly struggling to attract any real attention from other sides after failing to impress in recent seasons, and with the coronavirus crisis now impacting clubs financially, it could prove even more challenging for him to find a new home as others will struggle to pay his mammoth wages.