​Manchester United have not yet accepted defeat in their attempts to convince young midfielder Angel Gomes to sign a new contract at Old Trafford.

The 19-year-old, who has been touted as a future superstar, is set to become a free agent this summer once his contract expires, with a lack of first-team opportunities thought to be behind the uncertainty over signing a new deal. 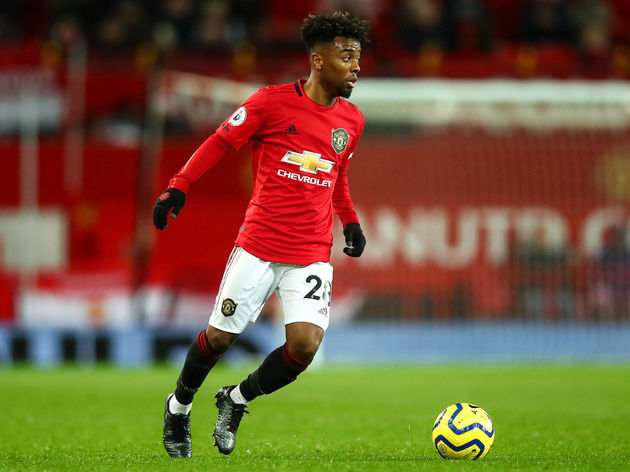 FIFA are set to introduce measures which will allow clubs to keep out-of-contract players beyond June 30 if the season is extended due to the coronavirus pandemic, but according to ​ESPN, ​United still remain hopeful that they will be able to keep hold of Gomes beyond this campaign regardless.

Talks over a fresh deal are said to be ongoing, and manager Ole Gunnar Solskjaer is thought to have personally reached out to Gomes to let him know that the door is open for him to become a core part of the first team.

You'd assume that the door has always been open ever since he made his debut on the final day of the 2016/17 season, but the youngster has managed just nine more appearances in the last three years.

His only three starts have come in the Europa League this season, but one of the biggest problems is that he rarely even makes the bench for Solskjaer's side. This year, he has managed just 19 minutes of ​Premier League action and has only been called up a total of five times in the competition.

It's that lack of opportunities which has contributed to rumours that ​Chelsea are ready to bring Gomes to Stamford Bridge, which is now seen as the promised land for any young player thanks to Frank Lampard's revolution.

Because of his age and the fact that he is also based in England, Chelsea cannot open negotiations with Gomes just yet, so United do still have some time to speak with the teenager before they really need to worry about the Blues. Gomes recently ​flirted with the idea of staying at Old Trafford, revealing that graduating from the academy and leading the senior side to trophies has always been a dream of his.

United will likely use that to their advantage in negotiations, and having already tied Tahith Chong down to fresh terms, there is an optimism that they will be able to make a breakthrough with Gomes.