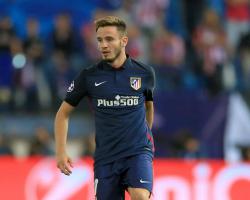 The 21-year-old has an ÃÂ£18million release clause in his contract and he is also being trailed by Arsenal.

SAIDO BERAHINO wants to join Tottenham, according to The Sun

Spurs made four bids for Berahino in the summer transfer window and although Stoke and Newcastle are both also chasing the wantaway striker, his preference is White Hart Lane.

Highly-rated Leicester defender BEN CHILWELL is set to be offered a new deal by the Foxes, writes the Daily Telegraph

Chilwell currently earns just ÃÂ£800 a week and is being tracked by Arsenal, Liverpool and Tottenham