Manchester United are interested in signing Wolves star Raul Jimenez, but a deal for the Mexican striker would be difficult to complete in the January transfer window.

Jimenez has been a key figure in the Wolves side since becoming the club's record signing in April last year, and the 28-year-old is being linked with a move to Old Trafford in the coming weeks. The Red Devils are desperate for some attacking reinforcements, since they failed to replace the departed Romelu Lukaku in the summer, and ​Sky Sports reporter

"He has been identified by ​Manchester United as a player they are interested in. I find it difficult to believe Wolves would sell him, especially in January."

Although a move for Jimenez in the winter window looks unlikely, the Premier League giants may test the water with a daring approach for the Wolves star.

Jimenez has recently cast doubts over his future with the midlands side, confessing that he would '​Marca. 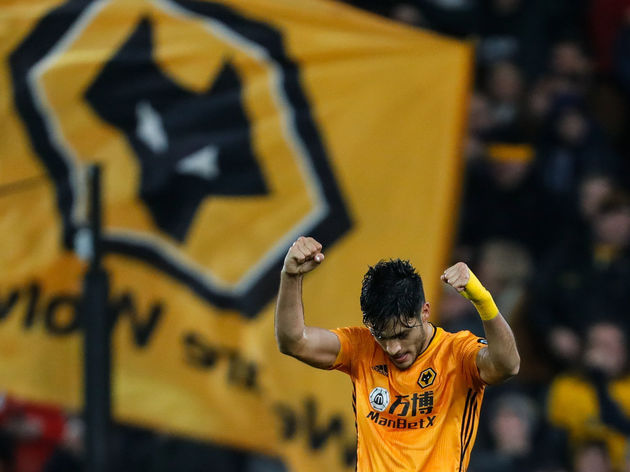 The former Benfica striker made a huge impression during his initial loan spell at the Molineux stadium, bagging 13 league goals in the club's first season back in the Premier League. Jimenez's excellent performances convinced Wolves to make the transfer permanent, and the forward has repaid them with eight goals this year.

Man United sit two places above ​Wolves in the Premier League table, but the Red Devils have struggled for consistency throughout the campaign. Solskjaer was keen to bring Erling Haaland to Manchester during the transfer window, but the Norwegian starlet chose a move to ​Borussia Dortmund instead.