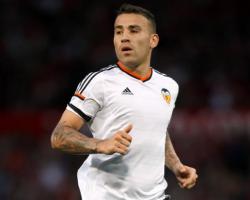 A report in the Metro cites AS which claims that fresh talks are due to start next week to bring the Valencia star to Old Trafford.

The defender joined for just 12 million euros on a five-year contract and was initially loaned to Atletico-MG before making his debut in late August for Valencia.

Valencia qualified for the Champions League for the first time in four years in his debut season and was the only Valencia player named in the Serie A Team of the Year.

Otamendi has 25 international caps so far to his name and played a part in the 2010 World Cup as well as the 2015 Copa America where he helped his team to the final.