Manchester United: The XI That Should Start Against Astana in the Europa League

There remain doubts over the fitness of players like Paul Pogba and Anthony Martial, while there could also be opportunities for several younger individuals to start.

Ole Gunnar Solskjaer will want to win any trophy he can this season and so the competition will be important to United, especially as an alternative route back into the Champions League. 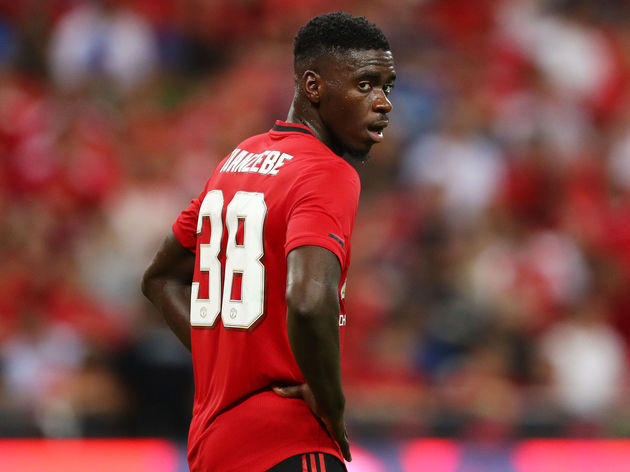 Sergio Romero (GK) – A new contract for David de Gea was at last confirmed this week, but the first game since that announcement could actually see Romero get the nod. The Argentine played 12 times in the Europa League when United won the competition in 2016/17.

Aaron Wan-Bissaka (RB) – United’s new right-back was passed fit to face Leicester at the weekend and is set for his European debut on Thursday. Wan-Bissaka might have been rested in favour of Diogo Dalot, but the Portuguese has only just returned to training.

Axel Tuanzebe (CB) – There could be a first start of the season for Tuanzebe at centre-back after appearing from the bench very late on Saturday. The home-grown 22-year-old has been Solskjaer’s first choice alternative all season, ahead of Phil Jones and Marcos Rojo.

Harry Maguire (CB) – Solskjaer would perhaps be foolish to make wholesale changes and Maguire should still lead the defence. This will be his European debut in United colours, although he did play once in a Europa League qualifier for Hull back in 2014.

Ashley Young (LB) – With Luke Shaw still struggling and the untested Brandon Williams not likely to be thrown straight into the starting XI, Young is the most obvious choice at left-back. He was expected not to have a major on-field role this season, but injuries have changed that. Scott McTominay (CM) – Arguably now among the first names on the teamsheet, McTominay has played virtually every minute for United so far in 2019/20 and has previously excelled in European competition after Paris Saint-Germain last season was like a watershed moment.

Fred (CM) – Brazilian midfielder Fred is another who played very well against PSG, one his rare highlights in a United shirt, and fans will expect to see more from him. He impressed off the bench for his overdue first appearance of the season against Leicester.

Juan Mata (AM) – Mata has rarely played as a ‘number 10’ for United since joining the club in 2014, but his games in the role have been some of his best when that chance has come along. His creativity is arguably better suited to European contests. Mason Greenwood (RW) – Fans have been desperate to see Greenwood start a game this season and Thursday night provides the opportunity. The 17-year-old was seriously impressive during pre-season and Solskjaer actually resisted using him against Leicester.

Marcus Rashford (ST) – West Ham is a more likely return date for Anthony Martial, giving Rashford a chance to lead the line. Potentially with two younger teammates either side of him, the 21-year-old will have something of a senior role to help guide them through.

Tahith Chong (LW) – Still to start a first-team game, Chong was given his first senior appearance of the season over the weekend and stands a chance of getting that opportunity here. Daniel James perhaps warrants a rest with vital Premier League games coming up. Depending on how the game goes, there could be more young players who are given the chance from the bench. 20-year-old Angel Gomes is certainly one fans would like to see, while 18-year-old James Garner has had a very start to the season for the Under-23s.

Brandon Williams was talked about ahead of the Leicester game given the injuries to several full-backs and still has a chance of making the bench on Thursday.