Manchester United are among the greatest clubs in the history of world football and countless world class and legendary players have passed through the doors at Old Trafford over the years.

Whittling those numbers to just 10 names is an almost impossible task, but these are the 10 greatest players in the history of the club… United fans didn’t get to enjoy Cristiano Ronaldo at his peak best – that honour went to Real Madrid supporters instead – but it was during his time at Old Trafford that the Portuguese winger went from inconsistent talent to world class superstar in the space of just a few years.

Between 2006 and 2009 in particular, a Ronaldo still in his early 20s, spearheaded United’s return to the pinnacle of both English and European football. The 2007/08 season, during which he scored 42 goals in all competitions en-route to glory on both fronts, was a particular high. Bryan Robson is still adored by United fans to this day for the loyal service he gave to the club throughout the rollercoaster 1980s. The midfielder cost a British record £1.5m in 1981 and repaid every penny of that fee with 461 appearances over the next 13 years.

‘Captain Marvel’ would often score goals from midfield, and while he never won a league title at his peak, he won multiple FA Cups and jointly lifted the inaugural Premier League trophy with Steve Bruce towards the very end of his career. Roy Keane was the embodiment of the winning mentality and never say die attitude that characterised United’s domestic dominance in the 1990s and early 2000s, never more so than during his eight years as club captain.

Keane’s performance against Juventus in the Champions League semi-final second leg alone is enough to cement his legendary status. A yellow card ensured he would miss the final if United got there, but it did nothing to blunt his competitive edge as he led a monumental fightback. One of Wayne Rooney’s final big moments in a United shirt was to become the club’s all-time leading scorer, eventually finishing on 253 goals after 13 years at Old Trafford. He also completed a rare full set of major trophies during his United career.

Rooney scored arguably the single best goal in Premier League history when he netted an overhead kick in dramatic circumstances in a 2011 Manchester derby. The reason he isn’t seen as even more of a legend is due to a couple of instances where he wanted to leave the club. Widely seen as one of the greatest English players of his generation, it is only in retirement that Paul Scholes has begin to receive the adulation from a wider football audience that he deserves. He counts Xavi and Zinedine Zidane among his personal fans.

Scholes started his United career as a goalscorer, regularly contributing double figures each season and peaking with 20 in 2002/03. As he got older, the dropped into more of a deep-lying play-maker role where he could dictate play and his football intelligence really shone. Bought for £1.2m from Leeds midway through the 1992/93 campaign, Eric Cantona gave United the edge and additional quality they needed to exert new-found domestic dominance in the early years of the Premier League era. The infamous kung-fu kick only underlined his cult status.

But the Frenchman, who remains the beloved subject of Old Trafford chants to this day, was a catalyst in more ways than one and is credited with not only immediately improving the team he joined, but also mentoring a group of talents that delivered success for up to two decades. 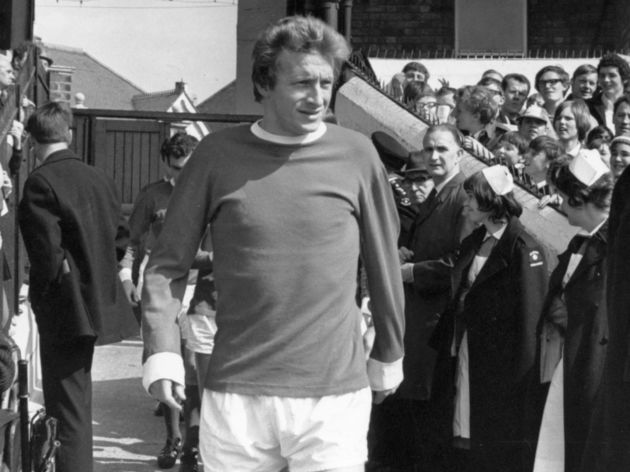 Sir Matt Busby saw fit to pay a British record fee to bring Denis Law back to English football from Torino in 1962 and was soon rewarded by the Scotsman’s prolific goalscoring. His 46 goals in 1963/64 remains a club record in a single season and won him the Ballon d’Or.

Law sadly missed out on the 1968 European Cup final through injury, but he was near unplayable during the 1960s and left a diminishing United side in 1973 on 237 goals for the club. He therefore still remains third on the club’s all-time goalscorer list. There is a belief that George Best’s United career burned bright and fast, opting to walk away at the age of just 27 in 1974. But the legendary winger still played close to 500 games in all competitions over a decade-long period and scored 179 goals.

Best rose to prominence as a teenager and famously destroyed the mighty Benfica during a European Cup tie in 1966. Two years later, he shone against the same opposition in the final, scoring his 32nd goal of the season to help United win – he later captured the Ballon d’Or. 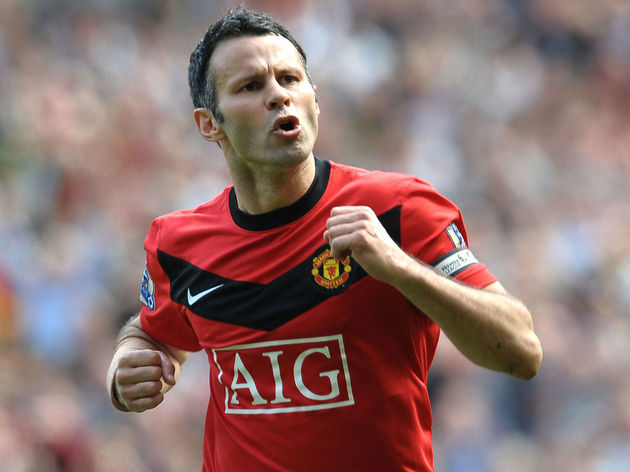 Ryan Giggs was 17 when he made his United debut and 41 when he played his final game for the club, showing tremendous professional longevity during a career that saw him personally win more major trophies than most other Premier League clubs in their entire history.

He was a constant throughout United’s two-decade period of dominance under Sir Alex Ferguson and was never a passenger of the club’s success. In 2008, Giggs broke the all-time United record for appearances and extended it to a surely unbeatable 963 by the time he retired. Bobby Charlton bridged two defining eras of Manchester United history, emerging at the height of the Busby Babes and later leading a new team to domestic and European glory out of the ashes of the Munich air disaster – he scored 29 goals in the first season after the tragedy.

Charlton became only the second Englishman to win the Ballon d’Or in 1966 and was nominated for the prestigious accolade nine times in total. When he left United in 1973, he held the all-time record for appearances and goals, which remained unbroken for 35 and 44 years respectively.