United let Romelu Lukaku join Inter because he wasn’t going to fit the system Solskjaer wants to use in his new look team, and the Belgian knew his chances would be limited. Tuttosport claims Juventus were willing to let Mandzukic join United, but the player himself said no. He has since been left out of Juve’s Champions League squad and has been tipped to join an unnamed club in Qatar after passing on a possible move to Major League Soccer.

Yet it feels high questionable whether United were genuinely interested in Mandzukic.

Solskjaer let Lukaku go knowing his focus this season was to nurture and develop Anthony Martial and Marcus Rashford as the club’s premier goalscorers, as well as keeping a path clear for 17-year-old academy starlet Mason Greenwood to establish himself in the first team. The philosophy is sound as all three are immensely talented and have the attributes to make the system work, even if some fans were left feeling a little uneasy by the lack of numbers.

It was working too, as Martial scored two in two games prior to picking up an injury. Rashford has scored three in five, and Greenwood could start his first game of the season against Kazakhstan champions Astana when the Europa League kicks off this week.

In August, had United actually wanted a veteran target man to make up the numbers they could still have signed former Swansea and Tottenham striker Fernando Llorente after the transfer deadline, as the Spaniard had no club after being released by Spurs in June. 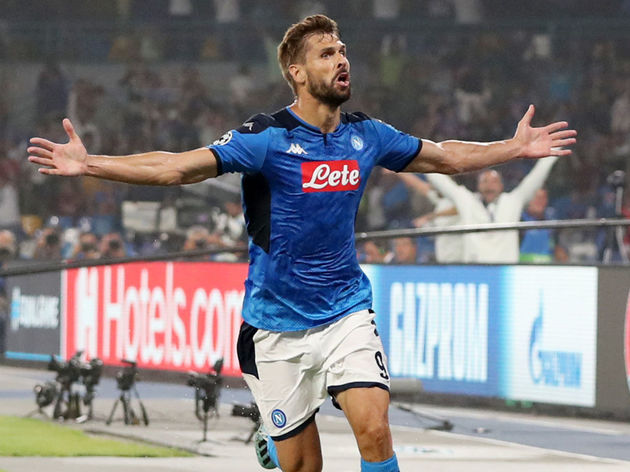 Llorente clearly has something to give because Napoli saw fit to sign him and he scored a goal that helped the Serie A side beat Liverpool in the Champions League this week. But United didn’t want him, nor did they want Mandzukic in reality. And they were right to sign neither.