​Marouane Fellaini has completed his move from Manchester United to Chinese Super League side Shandong Luneng Taishan FC in a deal worth £7m.

The Belgian midfielder has made 21 appearances for the Red Devils in all competitions this season, also has found regular game time under current interim manager Ole Gunnar Solskjaer difficult to come by, playing just 31 minutes since his arrival in December.

Wishing you all the best for the future, @Fellaini. A big thank you for everything at #MUFC!

As a result, Shandong have opted to spend £7m to bring the 31-year-old to China, with Fellaini

set to pocket an annual net salary of €11m for his new club.

Fellaini has made 177 appearances for Manchester United since being brought to Old Trafford by David Moyes from Everton, where the pair spent five season's together, in 2013 for £29m.

The towering midfielder has scored on 22 occasions and provided 12 assists during his time there, as well as winning the FA Cup, League Cup, Community Shield and UEFA Europa League. 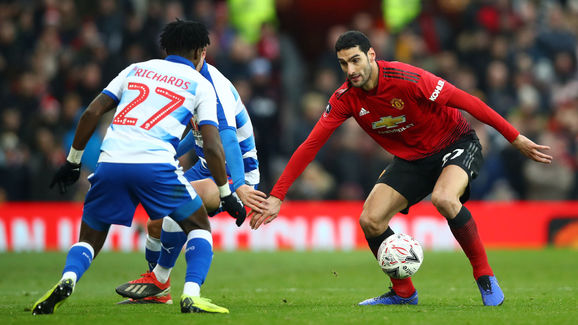 While enjoying success at club level, Fellaini has also been part of a successful Belgium national team, earning 87 caps since his debut in 2007, and was part of the side that finished third in the 2018 World Cup under Roberto Martinez.

Fellaini is the latest Belgium midfielder to swap the ​Premier League for the Chinese Super League, after ​Mousa Dembele left Tottenham for Guangzhou R&F on a three-year deal earlier in the window.