Mauricio Pochettino Speaks After Missing Out on Barcelona Job

​Mauricio Pochettino has suggested that he would want to manage in either the Premier League or La Liga when he makes his eventual return to management, and has spoken on the Barcelona job following the appointment of Quique Setién.

The Argentine was relieved of his duties at Tottenham Hotspur back in November 2019, but is expected to have no shortage of offers from some of Europe's biggest clubs when he eventually decides to return to work.

Pochettino was in London alongside Gus Poyet for the launch of LaLigaTV, where he was quizzed about his next move. He refused to give much away, but suggested that he would be happy working in either of the two leagues.

"For me I was so lucky to start my career as a manager at Espanyol in Barcelona and then to come to the ​Premier League to learn a different language and culture and I am a better person today," he said.

"I have more knowledge and had a great experience. The Premier League is the Premier League. Football was born here in England but I think ​La Liga has amazing football and amazing coaches. 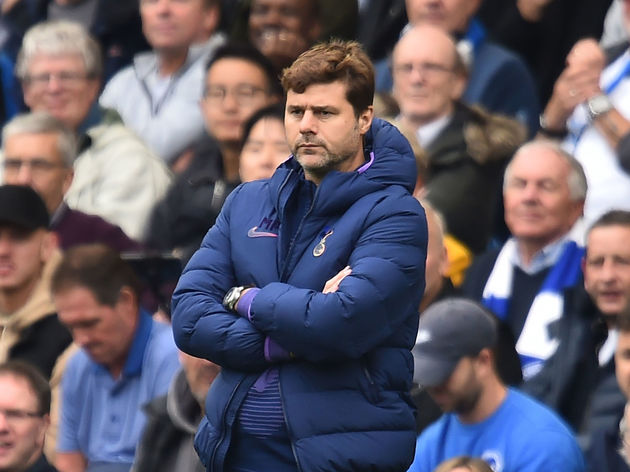 "Coaches like Gustavo [Poyet] and myself, we try and be in the best place. England and Spain are the two best leagues in the world."

​Manchester United and ​Real Madrid are both reportedly long-term admirers of Pochettino, but it was ​Barcelona who are understood to have moved first in an attempt to bring the Argentine back to work this month.

La Blaugrana eventually opted to recruit former Real Betis boss Setién instead, and Pochettino admitted he is excited to see how the Spaniard fares at Camp Nou. "Barcelona, of course, are one of the greatest teams in the world," he added. "Of course now with the new manager everyone is expecting him to continue the same philosophy.

"[Ernesto] Valverde did a fantastic job in La Liga and with Barcelona and it's a massive challenge for Quique Setién. He showed unbelievable love for [Johan] Cruyff and the style of football of Barcelona.

"I think it's a great opportunity for him to live his dream and it's so amazing to follow what's going to happen."