Moyes- No news yet on Rooney 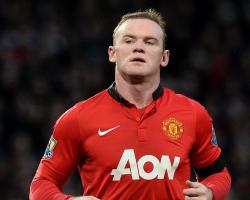 Speculation has been rife that Rooney has signed a new five-and-a-half-year deal, but the United boss was giving nothing away during his pre-match press conference at the club's training ground.

"As soon as we have the information to give you, we will give you it," Moyes said when asked about contract negotiations with the England striker.

Moyes does hope a deal for the player will be concluded soon, though.

The Scot added: "Everyone knows how important a player he is

He is a terrific football player and if we can get it done that will be great."

Rooney has been in contract negotiations with United for some time now and Press Association Sport understands considerable progress has been made in the last few days.

It is understood Rooney agreed the outline of a contract worth ?300,000 earlier this week.

But if any formal signing or announcement was imminent on Friday, Moyes was hiding it well.

In fact, the United boss was far from happy to talk about the matter.

After repeated questioning about Rooney, Moyes said: "I'd only be repeating myself again (if I answered) your question."

Moyes was determined to focus on Saturday's Barclays Premier League game against Crystal Palace rather than talk in depth about Rooney.

Palace looked destined for relegation towards the end of 2013, but manager Tony Pulis has turned things around at the London club.

Moyes has been impressed with what the former Stoke boss has done at Selhurst Park.

"A lot of people were writing Tony off during his time at Stoke City but he hasn't half gone in there and made a few people eat their words," Moyes added.

What matters to Tony is results and he's very good at getting them."