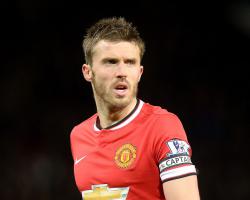 Carrick has been one of Louis van Gaal's best players since he returned from an ankle injury he suffered last summer.

The 33-year-old's contract was due to run out in June, but the club confirmed at a press conference on Friday that the midfielder had extended his current deal by 12 months.