​this summer, but has bemoaned the 'very hard' market and the imminent early Premier League deadline that will stop incoming transfers on 8 August.

United secured the signings of Daniel James and Aaron Wan-Bissaka back in June. Both new arrivals have impressed during pre-season, but the club failed to get any more over the line in July and now have just six days left to complete any remaining deals.

Negotiations over Harry Ma​guire and Paulo Dybala are at advanced stages, although Solskjaer has voiced his concern over the early deadline because it puts English clubs at a disadvantage.

But frustrated fans will be the first to point out that United have had two months to do business since the Premier League window opened on 9 June and have failed to make good use of the time.

"We're looking good. Of course we've been working on a few cases over the summer. It's never easy," the Norwegian told Sky Sports. "The club has been very good and the market is very hard. We're trying to get to the start of the season with the squad that we want," he added. 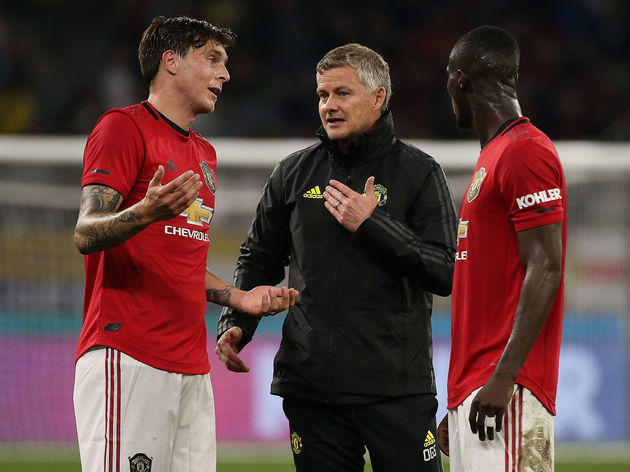 United were one of the few Premier League clubs to vote against the self-imposed early deadline when it was introduced last year. It was intended to protect clubs by ensuring players couldn't be unsettled by transfers after the season had started. In reality, it is potentially more of a hindrance because it cannot stop foreign teams unsettling players at English clubs.

The obvious example this summer would be Real Madrid eyeing Paul Pogba right until the start of September and United being unable to replace him if they eventually have to relent and sell.

"I think we have picked the short straw, to be fair," Solskjaer explained. "When our league starts there is still three more weeks that clubs can be hovering around our players. I don't think it is a good one for us, no." Relief over Pogba may yet come as Real close in on Ajax talent Donny van de Beek instead.