​Manchester United manager Ole Gunnar Solskjaer has provided an update on the fitness of both Paul Pogba and Anthony Martial, as he expects both to figure in some capacity against Leicester this weekend.

There was some concern in the United ranks that Pogba's thigh injury was more serious than first assumed, but these fears have now been eased by the Norwegian. 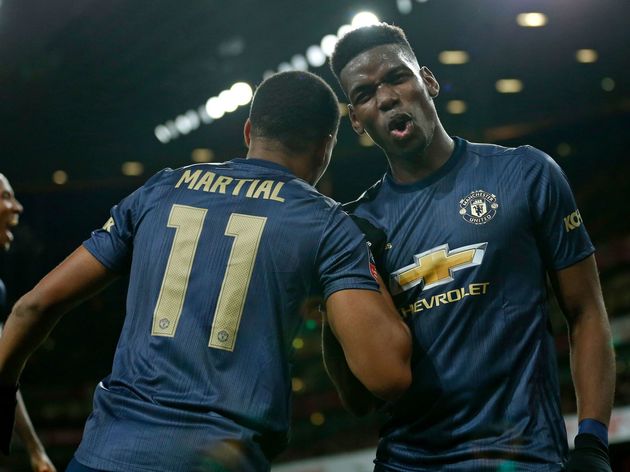 Speaking to the press ahead of Sunday's game, as quoted by the ​Manchester Evening News, Solskjaer proclaimed: "We've not had a proper session since the game. So hopefully both of them can get through that. I don't think there's anything with ​Paul.

"Anthony has done some rehab work and will try a session today. I would imagine him to be involved, he seemed happy yesterday."

That happiness was provoked by ​Martial's contract renewal that was unveiled on Thursday, and the 45-year-old admitted: "It's a confirmation that we are happy with him. We believe in him because he's got fantastic potential.

"He's had some ups and downs at the club, he's been top scorer, he's been developing, of course as a young lad moving abroad it's not easy but now he knows he's going to stay here for the coming future and I believe in him, I certainly believe in him."

Turning his attentions to ​United's weekend opponents, Solskjaer was wary of the challenge his side face at the King Power: "They beat Chelsea. I watched the game on Wednesday night, it is a team full of energy, pace, they defend well because they drop back and defend so it's hard to break them down and they've got the pace up front with [Jamie] Vardy, [Demarai] Gray, [James] Maddison, [Marc] Albrighton, so it's gonna be a tough challenge but we like challenges.