As things stand, Pogba is currently contracted to United until 2021, with the Old Trafford club holding an option to extend that deal until 2022. But securing his future beyond that is key.

According to a report from The Sun, United could offer Pogba a fresh long-term deal that would tie him to the club until 2024. However, it is alleged that any deal would have to match Alexis Sanchez as United's top earner on around £500,000 each week.

During the recent international break, Pogba was asked about Real Madrid and acknowledged that joining Los Blancos would be a 'dream for anyone', while he also said that playing under coach Zinedine is 'a dream for anybody who likes football'. 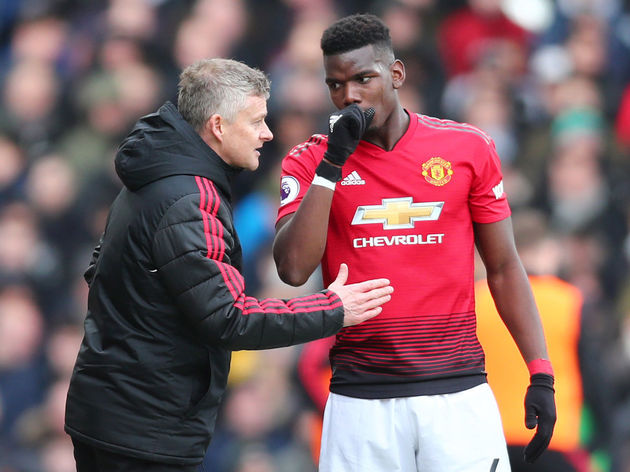 His words caused a media ripple, but United manager Ole Gunnar Solskjaer was quick to highlight the player's comments for what they were - a 'polite' answer to a 'general' question that wasn't specifically about himself or his own current ambitions.

"It's more of a general talk and Paul is a very nice and polite man who answered a general question," Solskjaer said on the subject earlier this month.

"Zidane is an icon in France, Zidane is a fantastic manager, he used to be a fantastic player - I played against him myself - and Paul has just politely answered that question.

Saúl Ñiguez: The Midfielder Who Literally Bleeds for Success Is Worth the Fee for Man Utd https://t.co/XtSAaPIGBi

"Paul's happy here and he's going to be a big, big part. I've always said that you'd like to build your team around him and that hasn't changed at all."

United continue to be locked in fruitless contract talks with David de Gea, Ander Herrera and Juan Mata, with the latter pair still on course to leave Old Trafford as free agents in June.