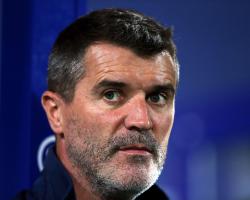 The 43-year-old former Manchester United captain is said to have got into an altercation with a taxi driver in Altrincham town centre, which led to police being called.

A spokesman for Greater Manchester Police said: "At 11.30am, police were called to Ashley Road, Altrincham, to a report that a man had behaved aggressively towards another man.

"An investigation is under way to establish the exact circumstances surrounding the incident."

Keane, who has previously managed Sunderland and Ipswich and is currently Republic of Ireland assistant manager, lives in nearby Hale.