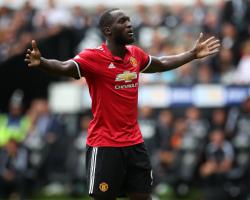 Figures released by Deloitte's Sports Business Group showed top-flight clubs had spent ÃÂ£1.17billion on players this summer by 9am on Thursday, breaking the record of ÃÂ£1.165m set last year.

That was already a 34 per cent rise on the previous record for a single window - and with time remaining this time around the numbers could rise to even more breathtaking levels.

Deloitte consultant Chris Stenson believes the unprecedented spending is in line with reasonable expectations, given the riches available to Premier League clubs from the record broadcast deals which took effect last season.

He said: "The level of transfer expenditure in this summer's window has been extraordinary but when analysed in the context of record broadcast, commercial and matchday revenues, Premier League clubs are spending within their means.

"Their ability to generate these record revenues and attract the world's very best playing talent continues to drive the Premier League's status as the most commercially successful football league in the world."

Tiemoue Bakayoko and Antonio Rudiger are further expensive purchases for the defending champions, while Manchester City have paid out fees of ÃÂ£40m and above for Benjamin Mendy, Kyle Walker and Bernardo Silva amid plenty of other business.

Mohamed Salah cost Liverpool a reported ÃÂ£34.3m while Merseyside rivals Everton have recruited ambitiously, with a deal for Gylfi Sigurdsson believed to be worth up to ÃÂ£45m and the likes of Davy Klaassen, Michael Keane and Jordan Pickford also arriving at great expense.

Even newly-promoted Huddersfield have broken their transfer record four times this summer as the impact of the television deal is felt throughout the top flight.

And Stenson added: "We expect further significant expenditure in the next seven days as clubs seek value in the market.

"Last summer, Premier League clubs spent around ÃÂ£300m in the final week of the window, more than they did throughout the entire January 2017 window."