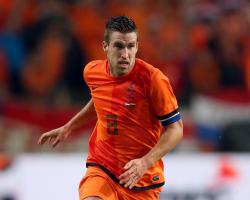 Despite spending ÃÂ£153million on seven new players, Louis van Gaal still has money to strengthen his squad and defensive midfielder Strootman is one of the players on his shortlist.

The United manager knows Strootman well from his time as Holland coach and is interested in signing the 24-year-old once he makes a full recovery from the cruciate ligament injury that ruled him out of the World Cup.

"We want to put the best team on the pitch, that's the most important thing

If someone comes in with a stupid number for a player, you have to listen to it

You can't just say 'no, no matter what'," Pallotta said.

"My view is that I don't want Kevin to go, for example, but if someone offers a huge amount, you at least have to listen to them.

"You're running a team, so you have to look at what's best for everyone, not just one individual

That's the way the world works."

The Holland international played 25 times for the Italian club last season but he has only started two games this term due to his serious knee injury.

"I think the papers have finally given up on the Strootman thing, because Kevin's come out and addressed it, saying he likes it in Italy and he has a five-year contract," Pallotta added

"And by the way, I wasn't going to sell him anyway."

Pallotta also insisted another of his star players, Miralem Pjanic, will not be leaving the club this month despite reported interest from Liverpool

"The Liverpool thing with Pjanic is the same

We have another four years with him, and we love him," Pallotta said.