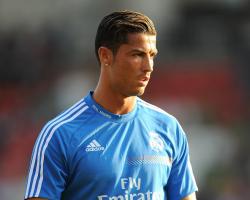 Ex-England defender Ferdinand said last week how he had constantly called the 28-year-old in order to try and persuade him to swap Madrid for Manchester, and the forward confirmed as much on Monday.

The Portugal international was speaking after beating Lionel Messi to football's highest individual prize in Zurich and told several national newspapers: "It was true that Rio spoke to me a lot. Rio is a great friend of mine, we played many years together at Manchester United and we were neighbours when I was there in Manchester.

"He's a fantastic guy and tried to change my mind. I did think about United. They are still in my heart. It's a club where I played for six years and I love that club. I have a lot of friends there and I wish them the best."

Ronaldo, who scored 117 goals for Manchester United between 2003 and 2009, committed his future to Real Madrid last autumn.