United won a third consecutive Premier League game for the first time this season when they beat Bournemouth 4-1 at Old Trafford to end 2018 on a high and are well placed to make it four in a row on Wednesday night when they kick off 2019 against a struggling Newcastle at St James' Park.

 There was a familiar face at the Aon Training Complex recently...

Solskjaer has brought a smile back to the club and the players appear to be enjoying their football once more after months of drudgery under Mourinho - that is no more obvious than in the way Paul Pogba is suddenly performing and working hard.

While various individuals can hardly be considered innocent

United have scored 12 goals in Solskjaer's three games in charge. It took seven games for the team to reach that tally under Mourinho's watch. Equally, United had taken seven games to record their last three league wins under Mourinho.

It is important to acknowledge that United's fixture run in Mourinho's final weeks in charge was littered with obstacles. The Portuguese faced huge games against Manchester City, Arsenal and Liverpool in the space of less than five weeks. They failed to win any of those 'big' games. Yet it was dire performances against Crystal Palace and Southampton that were more concerning. 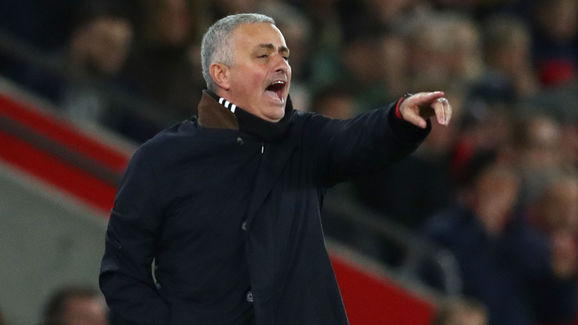 The bread and butter for any football team with aspirations of success is beating opponents they ought to beat. That comes before beating sides they are aiming to rival. And the fact that Solskjaer has, so far at least, restored that to United it makes his fledgling reign a great success.

Critics will point the finger and say any United manager should comfortably beat teams in the bottom half of the table, and indeed any outside the top six. The fact that Solskjaer has overseen back-to-back-to-back wins against three such opponents - Cardiff, Huddersfield, Bournemouth -shouldn't usually be something to shout about, but United's inability to consistently beat teams they should beat over the last 18 months means that, for the time being, it absolutely is.

That United have only beaten bottom half teams under Solskjaer is almost irrelevant at this point because a win is a win and a winning run like this had been impossible to come by until now.

United don't have a drastically inferior squad to the likes of Tottenham, Chelsea and Arsenal in terms of quality. One could even argue that Liverpool are only a single world class defender better given the vast array of midfield and attacking talent in the United ranks.

Half the battle on a football pitch comes down to mentality and United's new boss has brought a positive and uplifting one back to the club. Anyone could have done it after Mourinho left, but Solskjaer actually has and deserves enormous credit for what he's accomplished so far, even if the teams that he's beaten wouldn't usually be worth writing home about.