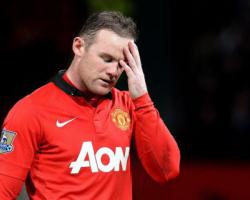 Moyes said Van Persie would still be absent for "a little while" with a long-standing thigh injury, while hoping Rooney would respond to the better temperatures.

"We have sent Wayne away on a hot weather break," said Moyes.

"His groin has not quite recovered yet.

"We have sent a fitness coach with him. He's away with the family. Hopefully we will get him fit for Chelsea."

Rooney has missed United's defeats to Swansea and Sunderland in the last week, having had a scan on his groin injury last Friday.

Van Persie has not featured since the home defeat by Newcastle on December 7, his only game since the middle of November.

"Robin is not available," said Moyes.

"He is going to be a little while. We are doing everything we can to get him back as quickly as we can."