One of the many criticisms of this Man Utd team is the lack of consistency they have shown throughout the campaign. However, in these nine games in all competitions, they have scored an impressive 22 goals and conceded just twice.

Of course, these results need to be taken with a pinch of salt as they played the likes of Tranmere (no offence, Tranmere) and Club Brugge during this run, but they have also overcome ​Manchester City and Chelsea in this time.

As a result, the Red Devils are still in with a chance of finishing in the top four, but Solskjaer will be desperate to see his side claim all three points on Sunday - not just because it will aid them in their pursuit of Champions League football, but also to claim the bragging rights.

Here's the XI Solskjaer should pick for the fourth Manchester derby of the season on Sunday... David De Gea (GK) - ​De Gea made a horrific mistake (not his first one recently) last time out in the ​Premier League against Everton - and this dominated the headlines. What didn't dominate the headlines, however, was that he also made a stunning last ditch save to keep his side in the game. Aaron Wan-Bissaka (RB) - Wan-Bissaka will need to pass a late fitness test if he is to play any part on Sunday, but with the Englishman not risked against Derby, we expect him to return to the starting XI for one of the biggest game of the season. The right-back has made a staggering 91 league tackles this season (second most), and he will be looking to put in another defensive masterclass against City, while also acting as an attacking outlet.

Victor Lindelöf (CB) - The Iceman is no-nonsense, and he continues to put his body on the line for the Red Devils week after week. Lindelof has developed a strong partnership with Harry Maguire at the back, and they will be looking to keep a lethal City side at bay.

Harry Maguire (CB) - The captain has been sensational recently. ​Maguire does, however, also face a race to be fit in time, having missed the trip to Derby after picking up an ankle injury in training. Solskjaer has admitted that he should be fine in time, and Maguire will be desperate to feature in such a crucial game. His leadership and overall importance to this United team cannot be understated.

Luke Shaw (LB) - ​Luke Shaw has looked sharp in recent weeks and he will come into the Manchester derby in good spirits, having found the net last time out...or, did he? Anyway, the left-back will be looking to continue his fine form on Sunday. 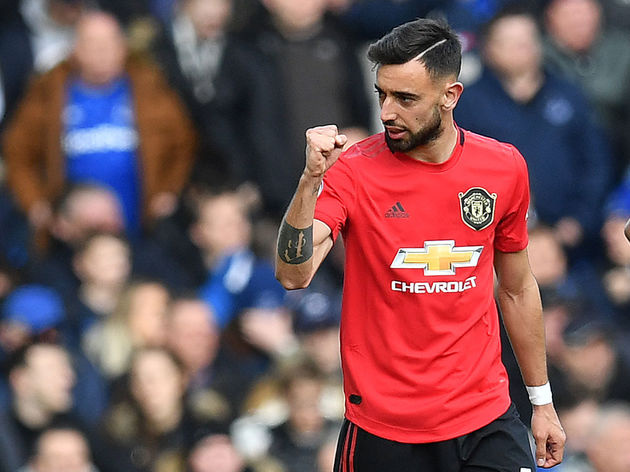 Nemanja Matic (CDM) - ​Manchester United have not yet triggered the one-year extension in ​Matic's contract, which is due to expire at the end of the season. However, he has proven to be a key figure in recent weeks, producing a number of commanding display at the base of the midfield. His awareness and ability to read the game make him a key piece of the midfield puzzle and after being rested for the last game, he will come back into the side on Sunday.

Scott McTominay (CM) - Scott McSauce has picked up right where he left off since returning from injury. The midfielder's been pinging Paul Scholes-esque cross-field passes to his teammates for fun, while he also continues to put in tireless shift after tireless shift.

Fred (CM) - ​Fred is continuing to improve with each game he plays - and he is now one of the first names on the team sheet. The Brazilian keeps United ticking over, acting as a link between the defence and the attack. Equally, however, he is tenacious, pressing the opposition and looking to harry them into mistakes.

Bruno Fernandes (CAM) - Brunooo, Brunooo, Brunooo! The United fans have enjoyed every minute of watching their new Portuguese recruit following his January arrival - and with good reason. Fernandes has made a blistering start to life in Manchester, grabbing two goals and two assists in his first four league games.

Each time he receives the ball, he is constantly thinking forward before either playing a probing pass or having a go himself. He will be expected to operate in a similar role to the one he played in against Everton last time out, drifting and interchanging with his teammates. Expect the midfield to be a very fluid system, with players drifting wide to find pockets of space. Mason Greenwood (FW) - Left foot? Right foot? Take your pick, Mason Greenwood can go either way and still a pose a major threat. Despite his age, Solskjaer should have no problem picking him, with Greenwood continuing to prove just how talented he is - on a regular and consistent basis, as well. He'll certainly be looking to add to his 11 goals for the season on Sunday.

Anthony Martial (FW) - Odion Ighalo has grabbed three goals in his first two starts for the club, but ​Anthony Martial is expected to return up front for the Red Devils. There's no denying the Frenchman's talents, and if he's in the mood, he can be almost impossible to stop. Martial will be looking to get at - and expose - a City defence that has looked fragile at points this season.