Top-flight clubs back in the black 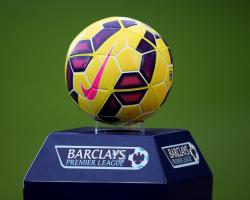 Premier League revenues have risen 29 per cent from ÃÂ£2.5billion to ÃÂ£3.3billion due to the increase in the value of the TV deals, but wages have grown by just six per cent in the same period - ÃÂ£1.8billion to ÃÂ£1.9billion overall.

Dan Jones, partner in the Sports Business Group at Deloitte, said: "Last season was the first in the Premier League's current three-year broadcast deal, which was a record-breaker when it was struck.

"Combined with strong commercial growth at the highest revenue generating clubs, this has boosted Premier League revenue 29 per cent to a record ÃÂ£3.3bn

However, despite this extra income clubs showed relative restraint in wage costs, which grew by 6 per cent to ÃÂ£1.9bn.

"In the first year of the preceding two broadcast deals, 56 per cent and 81 cent of respective revenue growth was absorbed by wage costs

The figures will provide good news for the 20 club chairmen who meet in London on Thursday - where they will also face a protest organised by the Football Supporters' Federation calling on the top flight to use the increase in TV income to cut ticket prices and funnel more money to the lower leagues and grass-roots.

The protesters are expected to be allowed to send in a letter to the chairmen, who are also expected to take a significant decision on the administration of the Premier League.

Richard Scudamore, the current chief executive, may be appointed as executive chairman with a possible re-organisation of the board.

FA chairman Greg Dyke's plans to increase home-grown players in club squads from eight to 12 are not on the agenda but may be discussed.

It is understood there is little appetite at the Premier League to change the quotas - not least because it would mean the English clubs being put at a disadvantage compared to the rest of Europe.