​It's safe to say that Chris Smalling has done pretty well for himself since joining Roma on loan from Manchester United in the summer, and now a report from Italy suggested he could soon find a new permanent home with Tottenham Hotspur.

Having fallen out of favour at Old Trafford, Smalling has rebuilt his reputation with a series of impressive performances in Italy, and there have even been calls for him to return to Gareth Southgate's England squad as a result. According to ​Corriere dello Sport, one man who has been particularly impressed with Smalling is ​Spurs boss José Mourinho, who is said to have already reached out to ​United to express an interest in signing the 30-year-old.

It's said that both Spurs and ​Everton are ready to offer Smalling a hefty wage to return to England, while they would also be prepared to meet United's €20m asking price for the defender.

Let's think about this one for a second. Nobody will have seen Smalling's decline at United as well as Mourinho, who managed him at Old Trafford between 2016 and 2018. If anyone in the world should be scared of signing Smalling, it's Mourinho. In fact, back in 2017, Mourinho admitted (via ​Metro) that he didn't have the most faith in Smalling, telling the centre-back: "With your feet, we’re for sure not playing out from the back!"

Interestingly enough, he made those comments while discussing then-Ajax defender ​Davinson Sánchez's perceived struggles with the ball at his feet... before the two ended up working together at Spurs.

If Mourinho has a problem with Sánchez's ball-playing skills, why would he ever want to add Smalling to that mix as well? 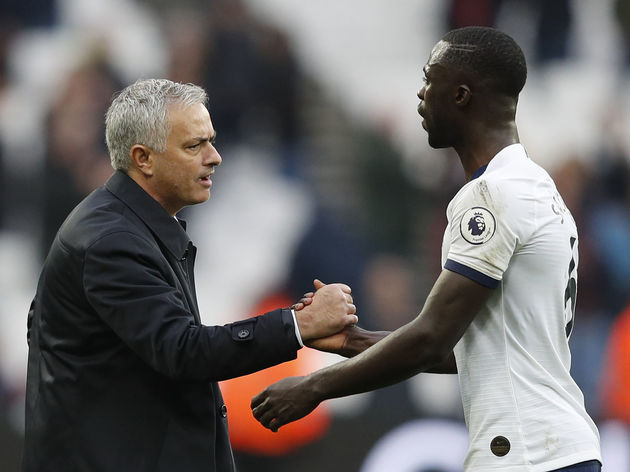 Having tied Toby Alderweireld down to a new contract until 2023, Spurs have no urgent need to sign a new defender. Jan Vertonghen is expected to leave at the end of the season, but young Japhet Tanganga has already broken through to replace him.

Smalling will almost certainly seal a permanent move away from United this summer, but Spurs are surely not going to be the side to take him on - unless Mourinho has a meltdown and gets sacked before then.