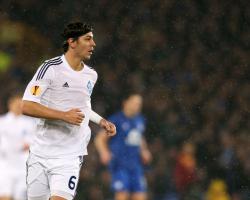 West Brom striker SAIDO BERAHINO may end up staying at the Hawthorns for the rest of the season, according to The Sun, as Tottenham are unwilling to match the ÃÂ£23million they offered for him over the summer.

Liverpool have agreed a deal for Schalke defender JOEL MATIP on a free transfer at the end of the season, writes the Daily Mirror.

And finally, the Daily Mail is reporting that West Ham striker ANDY CARROLL is facing two months on the sidelines with a hamstring problem