United closing in on Real revenue 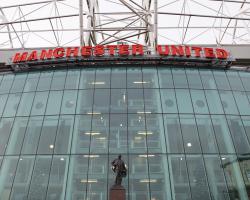 Only the European champions stand ahead in terms of income while Barcelona by contrast are struggling to keep pace financially with their Spanish rivals, United and Bayern Munich.

The money league compiled by Deloitte sees Real established as the world's richest club for the 10th year in succession with revenues of ÃÂ£459.5million, while United are on ÃÂ£433.2million, Bayern ÃÂ£407.7million and Barcelona ÃÂ£405.2million.

In the first season since Sir Alex Ferguson stood down as manager, United trailed in seventh in the Premier League and duly failed to qualify for the Champions League, disappointments which saw David Moyes sacked after under a year in charge.

Dan Jones, partner in the sports business group at Deloitte, said: "A season that saw Manchester United finish in their lowest league position since the start of the Premier League era actually saw the Red Devils reclaim second spot in the money league

If the club can regain their Champions League status for the 2015/16 season, there is a strong possibility they will also regain top spot in our money league for that season."

United's hopes of overtaking Real have also been boosted by the strength of the pound against the euro.

The money league sees Manchester City remain in sixth position behind Paris St Germain, with Chelsea and Arsenal sustaining their seventh and eighth places and Liverpool up to ninth from 12th place.

Indeed, almost half of the top 30 richest clubs are now made up of Premier League sides and that figure is likely to increase

Jones added: "It is with great anticipation that we wait to see what the new round of Premier League broadcast deals, expected to be agreed in 2015, will yield

With the market expectation that another significant increase will occur, it is likely that the money league will have a strongly English appearance in the coming years."

In 2001 Italy had five clubs in the top 10 and only Juventus, who significantly have built a new stadium, remain there now in 10th position.

It also shows the continuing value to the Spanish clubs to be able to negotiate their own broadcast rights - Real earned more than twice the sum of Atletico Madrid in broadcast income despite their city rivals winning the Spanish league and reaching the final of the Champions League.