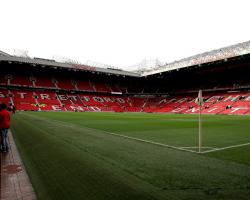 Manchester City lowered the cost of tickets for their cup tie against Middlesbrough to help boost numbers at the Etihad Stadium, but Press Association Sport understands United will not follow suit.

Adult United and Cambridge fans will have to pay full price for the replay, which will take place a week on Tuesday at Old Trafford.

Cambridge, who are entitled to 45 per cent of ticket revenue, are likely to receive a sizeable windfall, particularly if the match sells out.

Around 9,000 tickets will be made available to fans of the League Two club, who held United to a 0-0 draw at the Abbey Stadium last Friday.

United season-ticket holders automatically have to pay for their FA Cup tickets under the conditions of their agreement with the club, although junior season ticket holders are exempt.

United said pensioner tickets for the game will be capped at ÃÂ£20.