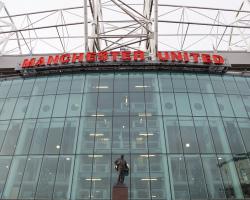 The club have announced the prices for the 2015-16 campaign and the rise in commercial income from sponsors has allowed the club to freeze prices once more for the fifth time in six years.

United said in a statement: "The club is delighted to announce that season ticket prices have been frozen for the 2015-16 season

This represents the fourth consecutive season, and the fifth time in six years, that prices have been held."

United's season ticket prices range from ÃÂ£532 to ÃÂ£950 and the club's executive vice-chairman Ed Woodward was writing to all current season ticket holders plus fans groups IMUSA and MUST on Friday to inform them of the freeze.

The club announced in November that revenue was down by almost 10 per cent for the first quarter of the financial year, a consequence of the failure to qualify for this season's Champions League.

However the record kit deal with adidas and a 49 per cent growth in sponsorship income means the club remains profitable and United is able to absorb the financial shortfall without resorting to raising ticket prices.