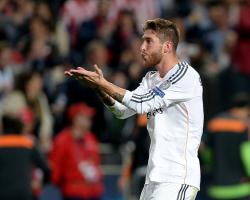 The Old Trafford themselves have likewise been linked with a number of Real Madrid players such as Karim Benzema, Gareth Bale, Cristiano Ronaldo and more recently Sergio Ramos

In the case of Ramos there seems to be movement with reports in Spain suggesting that United are about to make their second and last bid for the defender with a Ãâ¬60million offer, a 15 million euro increase on their opening bid

This would make Ramos the most expensive defender in history, surpassing the Ãâ¬50million mark of David Luiz.

The defender has instructed Real to listen to offers after UnitedÃâs original offer was considered derisory.ÃâFor less than Ãâ¬90 million we won't talkÃâ was the short response from the Bernabeu.

Real are hoping that Ramos lowers his salary demands but the coming days will test everyone's resolve.