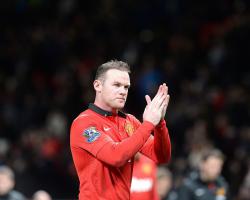 The 28-year-old has 18 months left on his current deal, but Press Association Sport understands moves have been made to look at extending that with an improved offer.

The England international is reportedly still a target for Chelsea manager Jose Mourinho, whose decision to allow midfielder Juan Mata to move to Old Trafford may actually improve the Red Devils' chances of securing Rooney on a longer-term contract.

Prior to Rooney signing his previous deal, the player expressed his unhappiness with the direction the club appeared to be taking and the lack of top-class talent they were recruiting.

Mata arrived at Carrington on Saturday to undergo his medical ahead of the completion of his club-record Â£38million move from Stamford Bridge.

The Spain international is expected to train with his new team-mates on Sunday, with United set to conclude the deal on Monday when the paperwork can be submitted to the Premier League.