But there is even more to United, something special that makes the club unique. It is not solely about winning, but how it is down, and who is part of it.

United, in a way like few others worldwide, truly cherish home grown talent, players who have been developed in their own academy and go on to reach first team level. 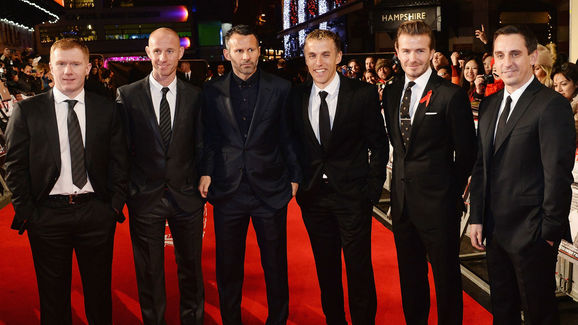 The club famously has an incredible and much talked about record when it comes to utilising their own. There has been at least one home grown player in every United matchday squad for the last 81 years and counting, a streak that began in October 1937 and remains unbroken.

The fact it not only still survives, but also thrives, is made even more remarkable in a modern era of impatience. Short-term success is the order of the day for so many clubs, sometimes just to stay alive, to the point where young home grown players are quickly forgotten about.

It would be easy for the club to buy player after player. But at United the culture is different.

The club began scouting young players in the 1930s to coincide with the creation of the Manchester United Junior Athletic Club, the precursor to the famed academy we know today. Johnny Carey, who would captain United to FA Cup glory in 1947 - Sir Matt Busby's first trophy, and Stan Pearson, who remains 12th on the club's all-time top goalscorer list, were two particularly noteworthy early success stories.

They have played literally thousands of games for the club and won every major honour there is. In United's most recent outing against Crystal Palace this week, Pogba, who joined the academy aged 16 prior to leaving for Juventus, partnered Scott McTominay in the centre of midfield. Rashford came off the bench, while Lingard would have played but for injury. Andreas Pereira, who played like a man possessed against Liverpool last weekend, was another on the bench.

These were the established first teamers involved. But why United's 81-year-old tradition isn't under threat of ending any time soon is because there are always new talents ready and waiting.

James Garner became the latest academy graduate to make his United debut when manager Ole Gunnar Solskjaer sent him on in the closing stages at Selhurst Park.

The teenage midfielder, who has been likened by his manager to Old Trafford legend Michael Carrick, won't celebrate his 18th birthday until mid-March and has a potentially very bright future ahead of him. Garner is already an England captain at junior level and signed his first professional contract after a breakout 2017/18 season for the club's Under-18 team.

And just like that, you're a @PremierLeague player 

Solskjaer has already stated that a second appearance this coming weekend when United host Southampton in the Premier League is certainly not out of the question.

Alongside Garner on the bench on Wednesday night was Tahith Chong. The 19-year-old Dutch winger didn't get on the pitch this time but has been given a taste of senior action this season when he made his professional debut as a substitute against Reading in the FA Cup third round.

Had Rashford, who was once just an unknown prospect until being given his chance in 2016 and taking it with both hands, not been fit enough, then Angel Gomes would also likely have been named in the squad to face Palace. Beyond Gomes, Chong and Garner, the talent pool is strong and promising. Mason Greenwood, for example, is already being talked about as a star of the future after incredible goalscoring feats at youth level, and the academy is "thriving massively", according to youth chief Nicky Butt.

As the years pass by, United will simply continue to churn out home grown talent.

Not many players will make it all the way to the first team and even fewer will become established stars. But with United remaining true to their roots, the home grown record that stretches back to 1937 won't come under threat any time soon.