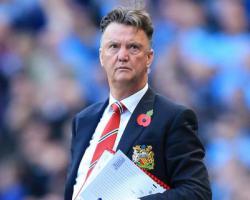 Man Utd 1-0 Crystal Palace: Match Report - view commentary, squad, and statistics of the game as it happened.Mata earns low-key win for UnitedJuan Mata stepped off the bench to score the winner as Manchester United returned to winning ways despite a lacklustre display against Crystal Palace.Just four minutes after coming on for Adnan Januzaj, the United midfielder curled a deflected shot past Julian Speroni to hand Louis van Gaal's men a 1-0 win.The result was a welcome one for United fans and their manager, who had not won any of his previous three matches.But in truth, he will still feel a bit of the lousiness he spoke about at his pre-match press conference on Friday.Newcastle, West Ham and Sunderland had all scored three goals against Palace before this weekend, yet United did not look like cracking open the Eagles' defence for large parts of this match.Luke Shaw tested Julian Speroni with a low shot and Marouane Fellaini had a header cleared off the line, but United offered little else going forward.Palace will feel they could have taken a much-needed point from Old Trafford

Fraizer Campbell wasted a great chance to score against his old employers in the first half.But Van Gaal will still be happy that his makeshift team returned to winning ways with a result that moves them up to fifth in the Barclays Premier League.Januzaj let fly with a powerful shot which dipped just over the bar, but otherwise United found Palace's defence hard to crack in the first half.The hosts enjoyed plenty of possession, but Neil Warnock's defence dropped deep and United barely entered the away box.Robin van Persie struck a low goal-bound shot, but Damien Delaney hooked the ball clear just before Fellaini could tap in.Shaw embarked on a 40-yard run and drove the ball through Scott Dann's legs, but Speroni tipped wide.It was to be United's last decent chance of the first half.At the other end, United's defence had a predictably chaotic look to it.With four centre-backs out through injury or suspension, Daley Blind and Paddy McNair started and the early signs were not too good.Campbell made just two appearances during his five-year spell at Old Trafford, but he was causing problems for United's centre-back pairing.Yannick Bolasie swung over a ball on the break, but Campbell just missed out and Shaw deflected wide.It was a difficult chance for the 27-year-old

His next one was much easier.Joel Ward lumped a simple ball long

Blind and McNair both tried and failed to clear, which meant Campbell was through on goal but the striker panicked and snatched at his opportunity, which flew over David de Gea's bar.A concerned-looking Van Gaal conversed with his assistant Ryan Giggs as he walked off at the break.How he must have wished he had a man of the Welshman's ability to bring on and change the game at the break.There was a slight improvement from United at the start of the second half.Wayne Rooney curled a low shot just wide after a surging run from McNair.And Fellaini then went extremely close

The Belgian rose to meet Angel di Maria's corner, but his header was cleared off the line by James McArthur.Palace threatened again on the break through Mariappa, who crossed to the back post, but Bolasie made a hash of his effort and United breathed again.Van Gaal looked to Mata to make the difference and he did not disappoint as he put United ahead shortly after his introduction.Mata exchanged passes with Di Maria and fired a curling shot past Speroni

The Palace goalkeeper will feel he should have saved the shot even though it took a deflection off Delaney.Van Gaal alone in not celebrating on the United bench

He clearly felt the breakthrough should have come earlier.Palace pushed for an equaliser and Campbell entered the box and struck a low drive towards goal, but Michael Carrick put in a crucial block.Mata struck a post as United countered and Van Persie wasted the follow-up, blazing high and wide, but one goal proved enough