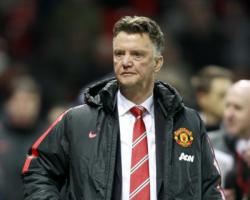 Man Utd 3-0 Liverpool: Match Report - view commentary, squad, and statistics of the game as it happened.United ease past LiverpoolLiverpool lived up to their pub-team billing as they handed Manchester United an easy Barclays Premier League victory thanks to some shoddy defending at Old Trafford.With both teams out of form, Gary Neville had predicted this match would resemble the "Dog & Duck versus the Red Lion", but only one team defended like a Sunday league team in this grudge match.Liverpool's marking and composure at the back was all over the place and United took full advantage romping to a 3-0 victory over their biggest rivals.Wayne Rooney was given more than enough space to sweep home Antonio Valencia's cross and put the hosts ahead.Juan Mata then nodded in at the far post to double United's lead - although replays showed he was offside when he touched Robin van Persie's flick on it.And the most embarrassing goal from Liverpool manager Brendan Rodgers' perspective came when Dejan Lovren fluffed his clearance and Van Persie was given ample time to beat Brad Jones.Rodgers took a big gamble by dropping Simon Mignolet for Jones and starting Raheem Sterling as a lone striker.And the move backfired quite spectacularly

Sterling wasted three good chances to score while Jordan Henderson also missed a sitter.Rodgers turned to Mario Balotelli to inspiration at half-time, but the Italian also spurned opportunities, although that was partly down to David de Gea, who once again put in an outstanding display.United's sixth consecutive win moves them to within eight points of Premier League leaders Chelsea.The repercussions for Liverpool are more serious

Rodgers insisted he was the right man to lead the Reds out of the mire before kick-off, but he walked down the tunnel to taunts of "you're getting sacked in the morning" from the home fans.Rodgers' team routed United 3-0 here in March

Now they are ninth in the table, some 18 points off the summit.It will not take long for Liverpool supporters' patience in their manager to run out if they keep performing like this