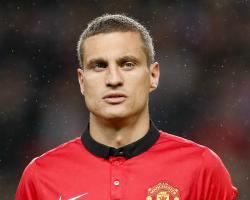 Man Utd 3-1 Hull: Match Report - view commentary, squad, and statistics of the game as it happened.United win on emotional nightRyan Giggs made a cameo appearance off the bench and Nemanja Vidic said goodbye to Old Trafford, but it was Manchester United debutant James Wilson who stole the show as he scored twice to sink Hull.Wilson, 18, scored from close range either side of half-time, and Robin van Persie also found the net as United beat Hull 3-1 in the final home game of the season.This year may have been the worst in recent memory, but at least United ended on a high thanks to impressive performances from Wilson, fellow debutant Tom Lawrence and 18-year-old Adnan Januzaj, who was superb throughout.But for all the energy shown by the three youngsters, it was Giggs who drew the biggest cheer of the night when he came off the bench with 20 minutes to go.Giggs will not be manager here next year

He may not even play a game for the club again.Giggs, who is expected to be replaced by Louis van Gaal, wrote in his programme notes that he had not made up his mind about his future, but he added that it had been "an honour and privilege" to manage the club's final three home games of the season.The midfielder, who gave an emotional message of thanks to the fans after the final whistle, also said in his notes that he was in two minds as to whether he should continue playing under Van Gaal next